5 Must-Hike Trails in the Coachella Valley

Southern California’s Coachella Valley is arguably one of America’s best, most unique places to hike. Its proximity to the 2,650-mile Pacific Crest Trail (PCT) means it’s convenient for trekkers to reach some of California’s tallest peaks.

3 Neighborhoods You Must Visit When in Tampa

Tampa, Florida, isn’t just Busch Gardens and the Buccaneers. The city has plenty to offer the discerning traveler — like cigar bars, local eats and historical houses—all you have to know is where to look. And these hidden neighborhoods of Tampa are the perfect place to start. Read more here.

Steven Butcher has been bartending his entire adult life — which, at 43, makes him somewhat of an elixir expert. For nearly two decades he’s honed his skills mixing cocktails at the Sheraton Amsterdam Airport Hotel’s Gate bar. Read more about him and his intricate drinks here. 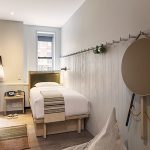 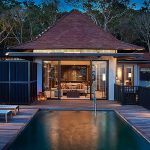